You may have noticed a pattern among the most popular slot game themes no matter where you’re playing. Yes, some themes seem to be around for good and the players who love them aren’t in the least upset about it.

We’re of guilty of choosing a slot game to play for no other reason than it matches our favorite movie or tv show. It’s one of the main things that developers keep in mind when they are creating new games after all. So, it’s understandable that we will be drawn to things that appeal to us visually.

If you’re one of the few people that don’t currently have a favorite, you might find this list extremely helpful. You may even find a few upgrades of classic slot themes you already enjoy playing.

What is a Themed Slot Game? 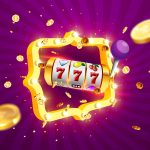 Since the original slot game was invented the theme has been established. For example, the very first slot machine ever was based on poker and the combinations of symbols were the winning hands of poker. These days, game themes include just about every genre or pop culture reference that exists. Such as games based on sports, history, video games, movies, tv shows and much more.

The theme of a slot game is the visuals and sound effects that come along with the game. Which make it more exciting to play than if you were playing a game with the same original theme. It gives you chances to enjoy a wide variety of different games from hundreds of options.

People seem to be drawn to the Egyptian theme of games such as Cleopatra, Book of Ra and many others. There’s something mystical and classic about these games which usually have a gold theme. This evokes the feeling of wealth and mystery that defines ancient Egypt and it never gets old. For instance, practically every year, creators invent new games that draw in a crowd of players both online as well as in land-based casinos around the world.

There’s something intriguing about zombies, vampires, werewolves and other creatures based on classic horror movies and books. They have captured the imagination of players since this type of slot game came onto the market and show no sign of slowing down. These supernatural games offer plenty of appealing features and eerie visuals and effects sure to get your heart racing. Among the most famous is NetEnt’s Dracula, which has been a popular choice since it was created years ago. Another one to try is Immortal Romance, which you’ve no doubt seen at a number of online casinos. Including Thaidatabet, which has many of horror and other themes for you to have some fun with.

The Vikings tv show has led to a revival of slots with the same theme. The dark history and mythology surrounding this famous group continues to rise as new games become available. Try your luck on slot game titles like The North Storm, which has the perfect graphics and soundtrack. Another popular one is Hall of the Gods by NetEnt, which has not one but three progressive jackpots that you can win.

Additionally, there are a few other options such as Vikings Go, Vikings Go Wild, Vikings Go Berserk and a few more. One thing that is for sure, you’ll never run out of interesting options if Vikings appeal to you. As one of the most common slot game themes ever, there are going to be even more developments on the way.

Check Out These and Many More Themes at Thai Databet

If any of the above aren’t quite what you have in mind, not to worry. There is a world of slots right at your fingertips at Thai Databet. Take a trip through other fantastical time periods, including games based on Greek Mythology, the Orient and so much more.

No comments to show.